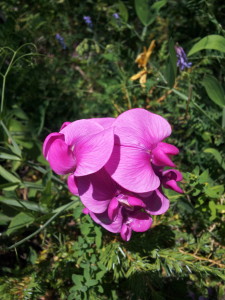 Universal Expansion Group Inc. is founded on the belief that just as the universe is constantly expanding, so too are the opportunities within it.  The possibility of universal prosperity, and the resulting peace that would follow, is a goal worth working towards.

What if the world’s largest company was also the most socially conscious?  Let’s find out!

We can bring Peace, Unity, and Prosperity to the planet by defeating Usury and its attendant Debt Slavery.  We can do this by harnessing Greed (the great motivator) throughout the marketplace.  The marketplace belongs to, and should be defined by, those who use it.  Commerce does not have to be a zero sum game with winners and losers.  When we take away the debt-based fiat currency, which is the definition of Usury (a debt that cannot be repaid), and replace it with a network of credits backed by the pledges of it’s members, there is only various degrees of winning, no losers required.  Some would say that we have the right, and the opportunity, to use commerce in a way that serves us best.  We believe that we have the obligation to wean ourselves off of the legal tender that is issued by banks and consequently endorsed by the politicians of their debtor nations.  Using their negotiable debt instruments cannot possibly resolve the issues surrounding the ongoing deficits of societies.  We hold this truth to be self-evident: that a debt cannot be repaid with a debt.  Circulating debt as though it were money is never going to cure the ills of our economy, it is in fact the root of the problem.  An economy defined by, and denominated in, fiat currency can do nothing but increase the indebtedness of society.  How can these debts be repaid, when the total owing is, by definition, perpetually greater than the amount in circulation?  This is why the majority of the world’s religious doctrine is opposed to Usury; the resulting Debt Slavery.

We recognize that this is an ambitious goal, and we know that we can’t achieve this without a lot of help.  Hence, we would like to provide a career for all who understand the importance of this project.  We know that very few people have the time for philanthropic pursuits, so we present a career opportunity, that is entirely performance-based, in the interest of taking back the marketplace from those that manipulate it against our collective best interests.  We believe that there is work for all literate humans in the marketplace.  Unemployment, or underemployment, is entirely unnecessary.  Let’s make them obsolete.